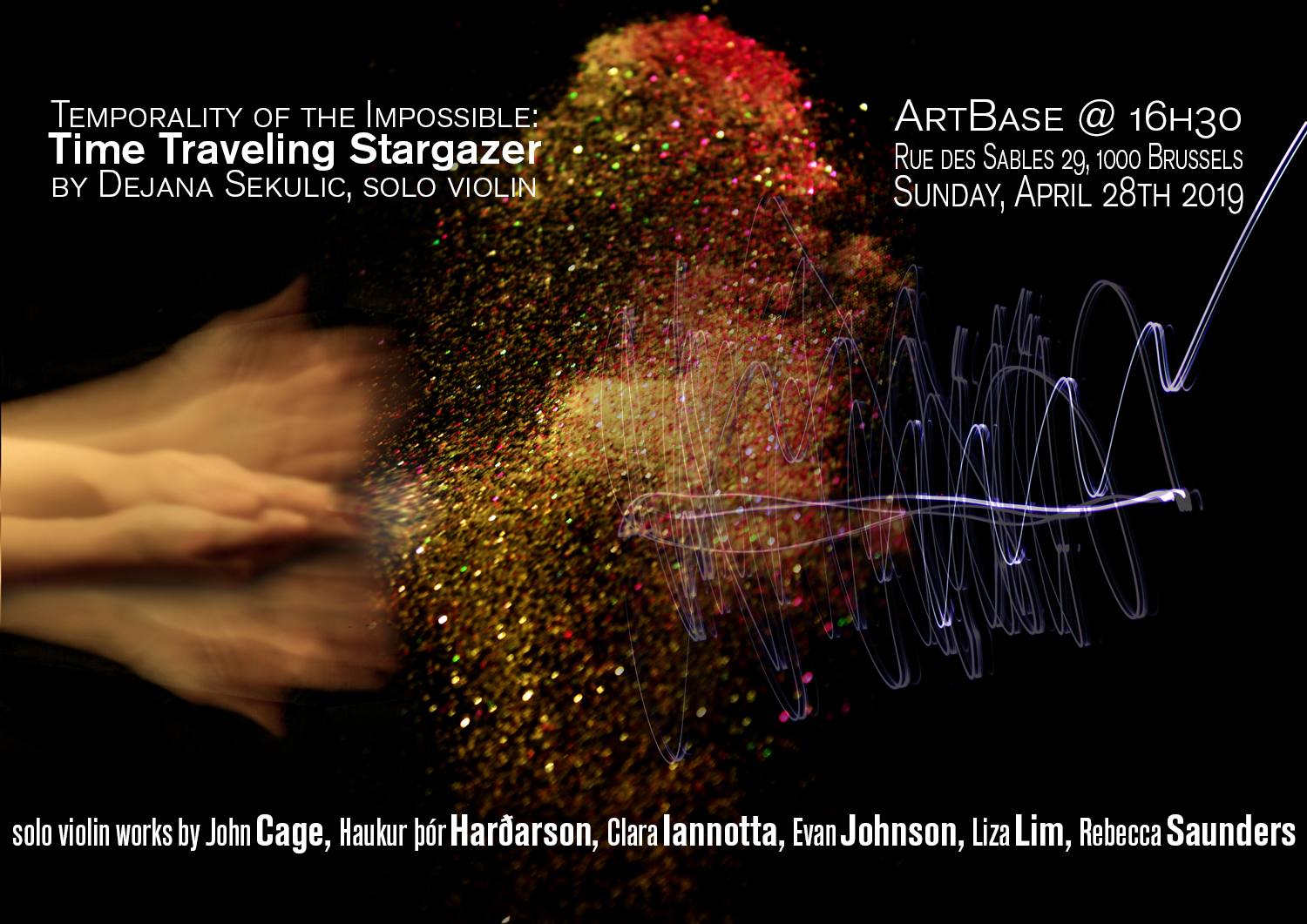 Time Traveling Stargazer is a contemporary solo violin performance from the “Temporality of the Impossible: Performance+Talk Sessions"series, for the 2018/2019 season

"These are intentionally as difficult as I can make them, because I think we’re now surrounded by very serious problems in society, and we tend to think that the situation is hopeless and that it’s just impossible to do something that will make everything turn out properly. So I think that this music, which is almost impossible, gives an instance of the practicality of the impossible." - John Cage, about "Freeman Etudes"

Breaking from the inner core through the ripples of mantel and crust, submerged in sub-ocean-like depths, the movement continues. Sudden trembling, transient rush and pulsating sensation of air boiling from a seemingly motionless surface, caused by Surges, of what feels like instrument's own heartbeats, reveal the flight that is never to happen. Yet the notion of this fluttering motion cutting through air, tilts the view. Up to the soundscapes of galaxies far away, present here and now, only through this imagination of un-trapped-like freedom and livelihood of this, now Dead Wasp. Carried by these waves, the gaze continues to travel through Clouds, Above the Trees, balancing through all the obstructing obstacles. Untangled from all in the line of sight, it is time to explore different perspectives of endless dark, ornamented with uncountable stars.

”Temporality of the Impossible: contemporary violin music, aesthetics, technique and performance” is an artistic research that started as a personal curiosity but grew into a PhD research, now taking place at the CeReNeM and CeRePP, at the University of Huddersfield (UK).
** The focus of “Temporality of the Impossible” is on specific pieces from the contemporary solo violin repertoire (from John Cage’s Freeman Etudes written in 1977 on), whose nature classified them at some point as nearly impossible. Addressing two important and inseparable parts of music and performance, the tangible and the abstract, the aim of my research is bridging the gap that appears in what is in the music score and what is absent from it, yet necessary in order to render these works possible to perform. Through deciphering what are all the individual elements that these “bridges” need, and managing to articulate findings into the actual performance, this research seeks to simultaneously give possible interpretations, and also ways for reshaping the understanding for the “new” aesthetics and expressivity. The goal of “Temporality of the Impossible” is to fill this currently existing gap by providing significant and relevant material, from performative and practical points, as well as with writings and articles that investigate methodologies and aesthetic approaches to challenges at hand. **
The violin courtesy of Thomas Meuwissen 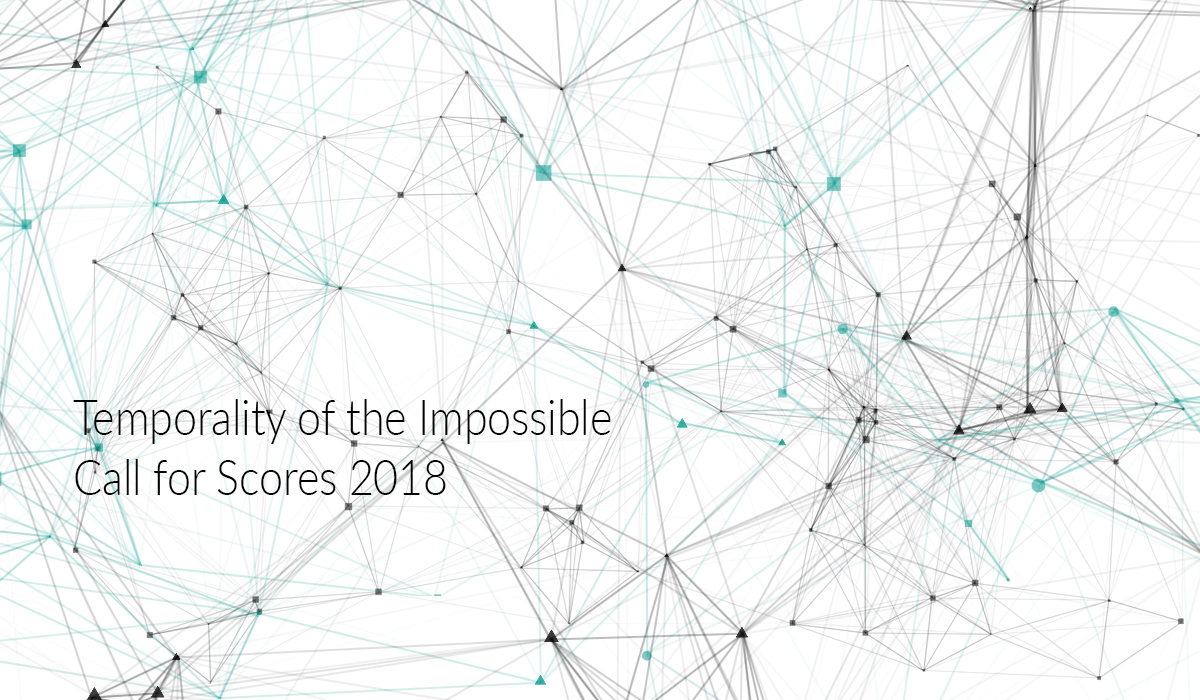 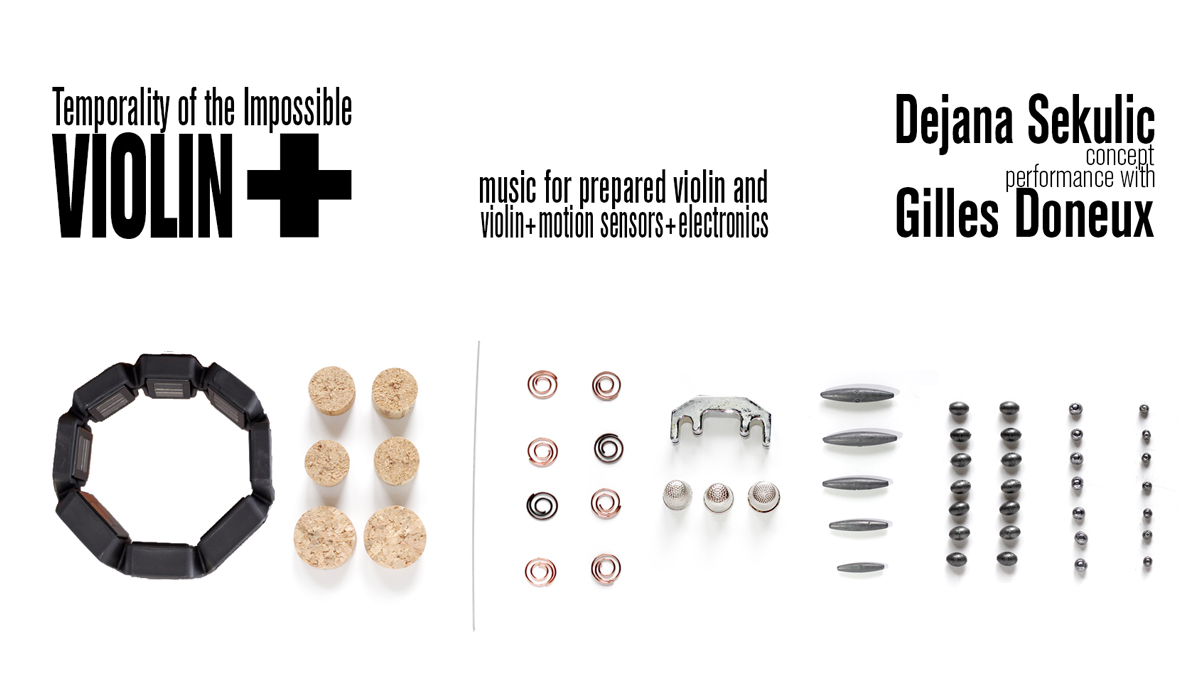 explores some of the curious, peculiar.. 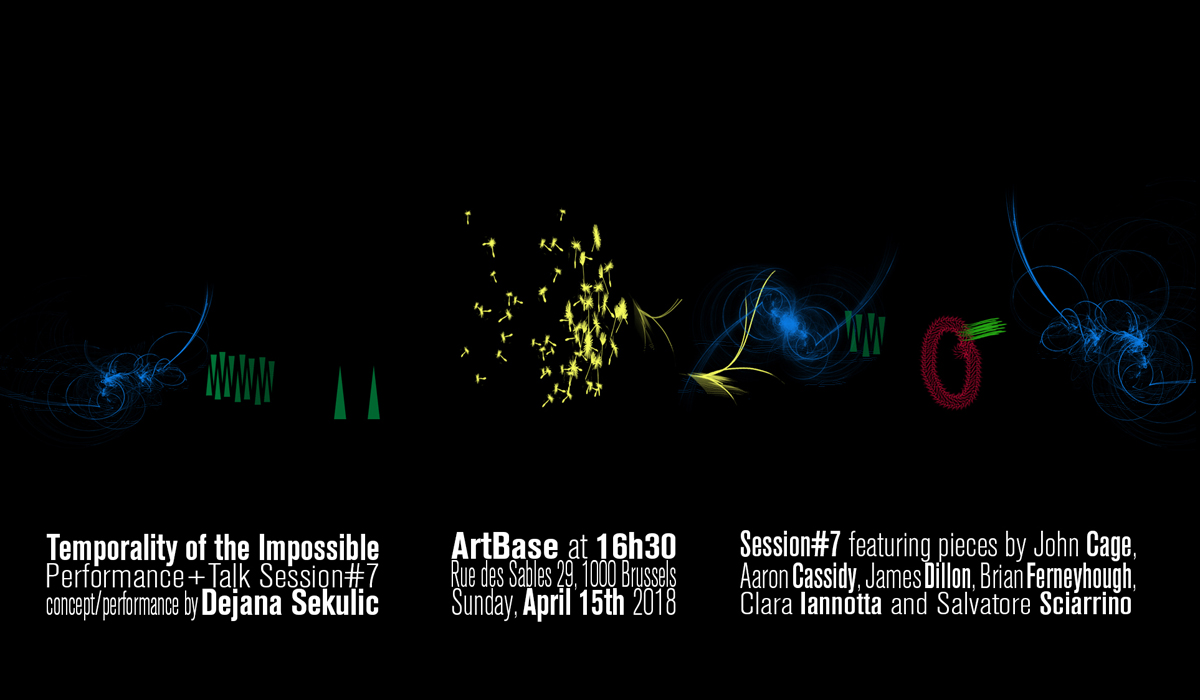