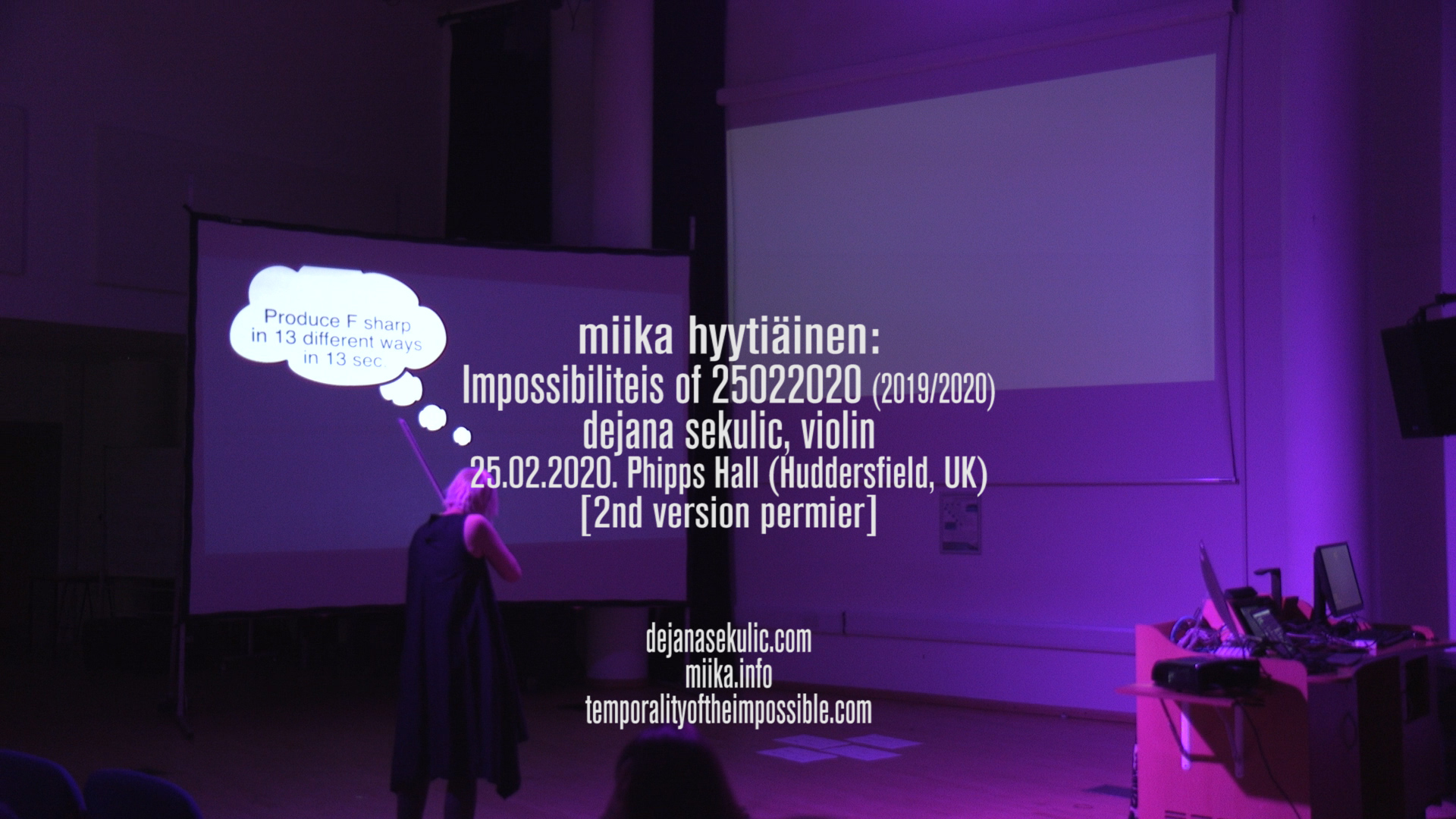 Premier of Miika Hyytiäinen's "Impossibilities of the 25022020"

Miika Hyytiäinen's "Impossibilities of the 25022020" for solo violin, was written inspired by and for the ”Temporality of the Impossible".

The piece is quite literally a forever changing piece - its form (“score”), is a video generated from extremely various sources, appears in front of the performer (and the audience) for the first time only in the very moment of the performance itself.

"Temporality of the Impossible" still makes me giggle, such a beautiful name that opens up ideas and nicely points out many things I love and hate about music written for violin. As a composer, I like to be nice to the musicians and in this case being nice means not being nice, which made the composition process somehow stressful but also interesting. Originally (I think), the "temporality" cancels the "impossible", someone will always rehearse the unplayable. But I decided to use the time dimension to create the impossible.” - Miika Hyytiäinen

”Temporality of the Impossible: thinking future as the past in the present in 20th and 21st century violin repertoire ” is an artistic research that started as a personal curiosity but grew into a PhD research, now taking place at the CeReNeM and ReCePP, at the University of Huddersfield (UK).