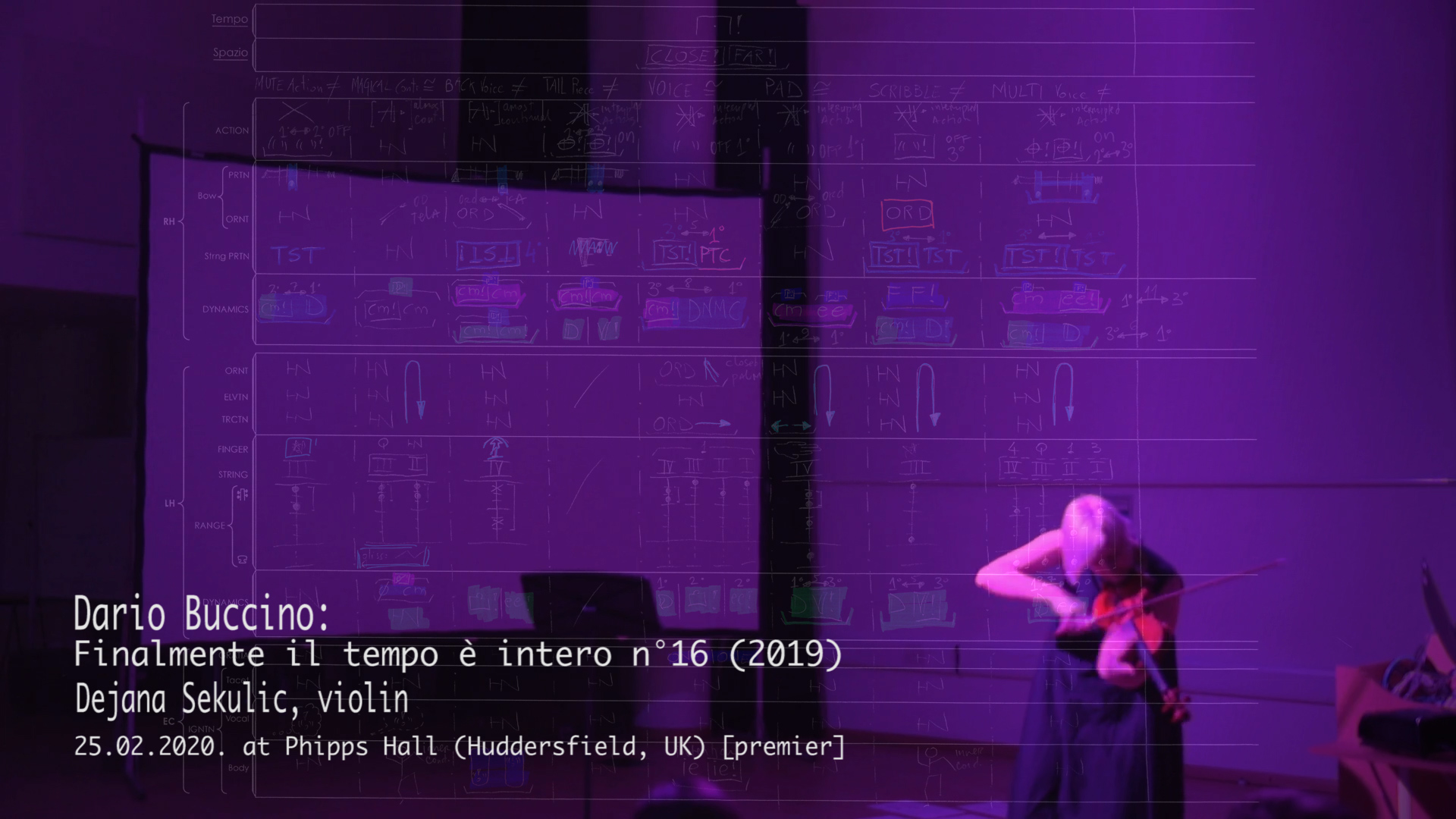 Dario Buccino recently wrote "Finalmente il tempo è intero n°16, for solo violin (and my quest for the Temporality of the Impossible). It is a kind of piece that really likes physical presence in a concrete physical spacetime for one to experience and feel in full the energy shifts and exchange that the body of the performer and the body of the instrument explore while they morph into each other, and audience, emerging with the form of the piece thought it all.

Although extremely determined with insane detail on every aspect of... everything (this won’t be the moment I get into all that beautifulness), the sounding is really a playground for imagination of performer's explorations. Yet it is neither the composer nor the performer who decide on this "final form" of the piece, but this space-time momentum of the actual performance.

Playing this work is not just performing in one specific moment in one space. Rather, it is a living collaboration of a composer and a performer and space and time in creating an experience of one, temporary, form. As I/we continue the exploration of the possibilities of and for the piece, the follwoing video brings an excerpt from the premier that took place on February, 25th 2020 in Huddersfield.

"My musical imagination tends to proceed not through the creation of sound images but rather through the creation of irreducible units of sound images and performative images. I am not interested in the acoustic fact in itself; I am not interested in the executive act in itself. I am interested in the dynamics of the relationship between these two. And these dynamics, in their turn, do not interest me in themselves but in the possibility they have of arousing in the listener – and in the performer – a palpable sensation not only of the here and now but also of a subtle and profound affective resonance. The compact union of performative act, sound event, perception of the here and now, and affective resonance, constitutes what I call an experiential image.” - Dario Buccino

”Temporality of the Impossible: thinking future as the past in the present in 20th and 21st century violin repertoire ” is an artistic research that started as a personal curiosity but grew into a PhD research, now taking place at the CeReNeM and ReCePP, at the University of Huddersfield (UK).