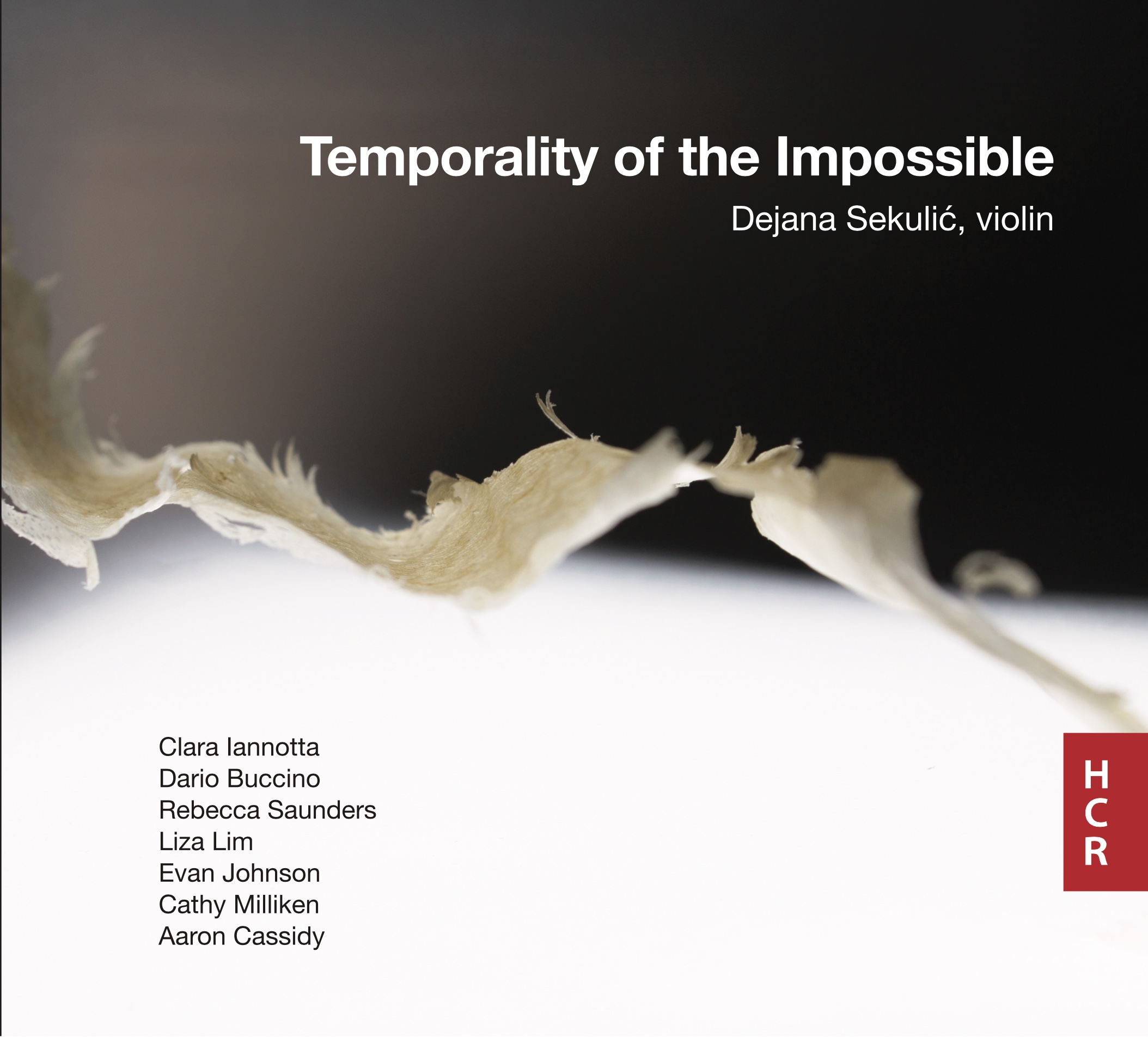 Temporality of the Impossible is the first publication emerging from a larger, ongoing project of the same name by the Serbian-born, Brussels-based violinist Dejana Sekulić. The project revolves around recent music that explores the extremity and ambiguity that emerges at the limits of possibility in contemporary violin performance, focusing in particular on repertoire in which the relationship between notation and sound is unconventional, challenging, uncertain, or even confounding, as well as works employing unusual string preparations and tunings. These are works that propose—and at times demand—a reimagining of the role of the interpreter.

The seven works presented on this recording exemplify the probing, investigative nature of Sekulić’s project. These pieces by Clara Iannotta, Rebecca Saunders, Liza Lim, Evan Johnson, Cathy Milliken, Aaron Cassidy, and a newly commissioned work for the project by the iconoclastic Italian composer Dario Buccino, bring the raw, quintessential, fragile, and fleeting matter of the violin to the fore, often through novel approaches to the interface between performer, instrument, notation, movement, and sound. With their protean nature, in which the pieces might sound very different from one performance to the next, the function of a recording—which captures only one fixed instantiation—is itself also problematised. Each recording here is a snapshot of only one possible iteration, communicating a particular reading, understanding, and energy of a single moment in time. These recordings are openings.

A playground for the imagination exploring the outer limits of contemporary violin performance.

"Plenty to absorb in this daringly exploratory album [...] the violin writing mastered with such delicacy of feeling by Dejana Sekulić." - Peter Quantrill, The Strad

"...her music really tapping the body and soul of the instrument that’s playing it – the rawness, the vulnerability, the guttural and the very vocal sounds...a really terrific programme exploring extremity and ambiguity," Kate Molleson, BBC Radio 3 New Music Show

"In all offerings, the violin is raw, exposed and pushed to its limit, with extended techniques and experimental sound worlds" Freya Parr, BBC Music Magazine

"It is a musical painting that traces brushstrokes that go from darkness to light, trying to prolong its brightness beyond the strings themselves, as if the instrument were only a take-off ramp to reach other acoustic entities, transcending its own matter, timbre and melody" - Paco Yanes, Sulponticello [full article here] 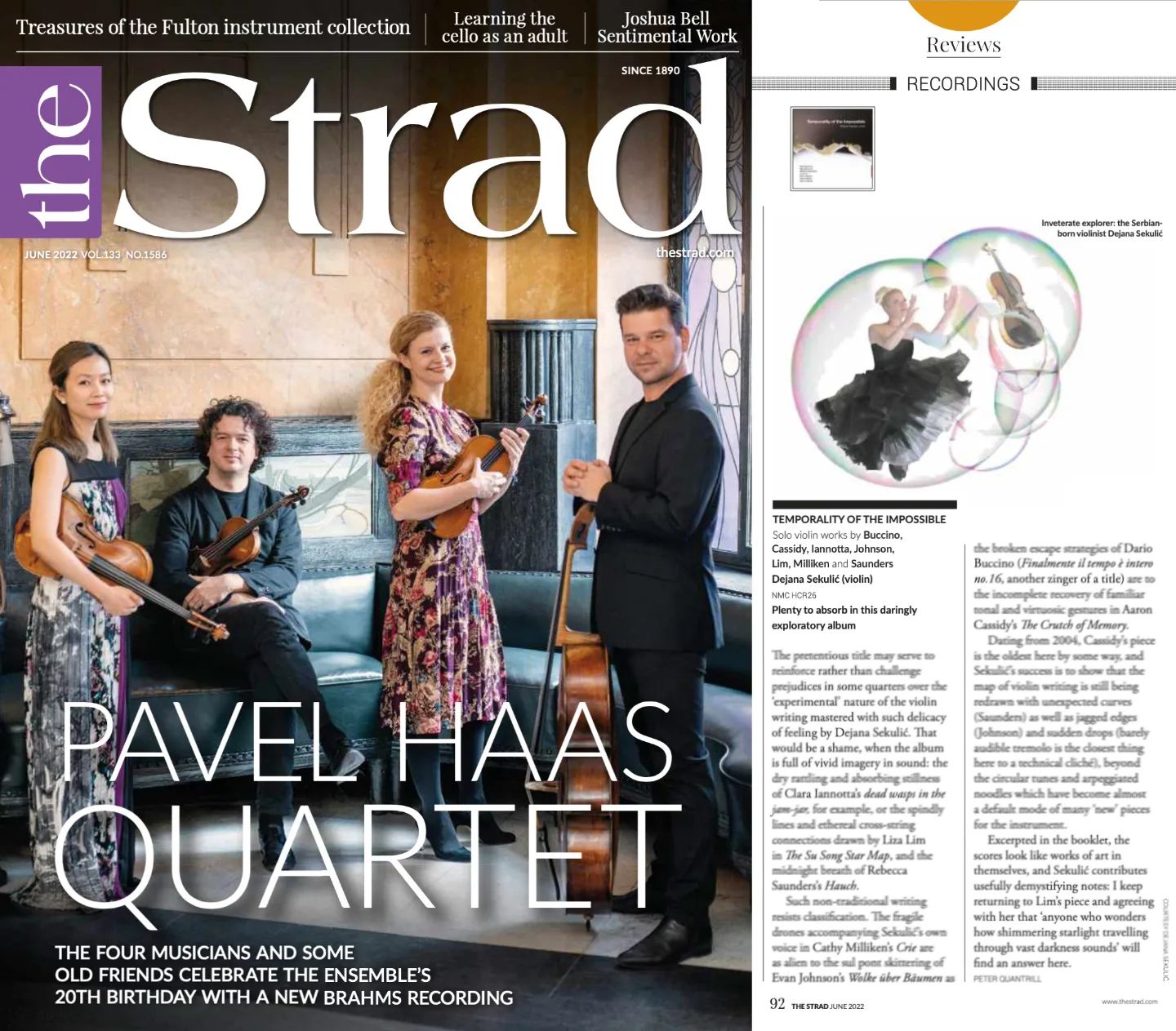 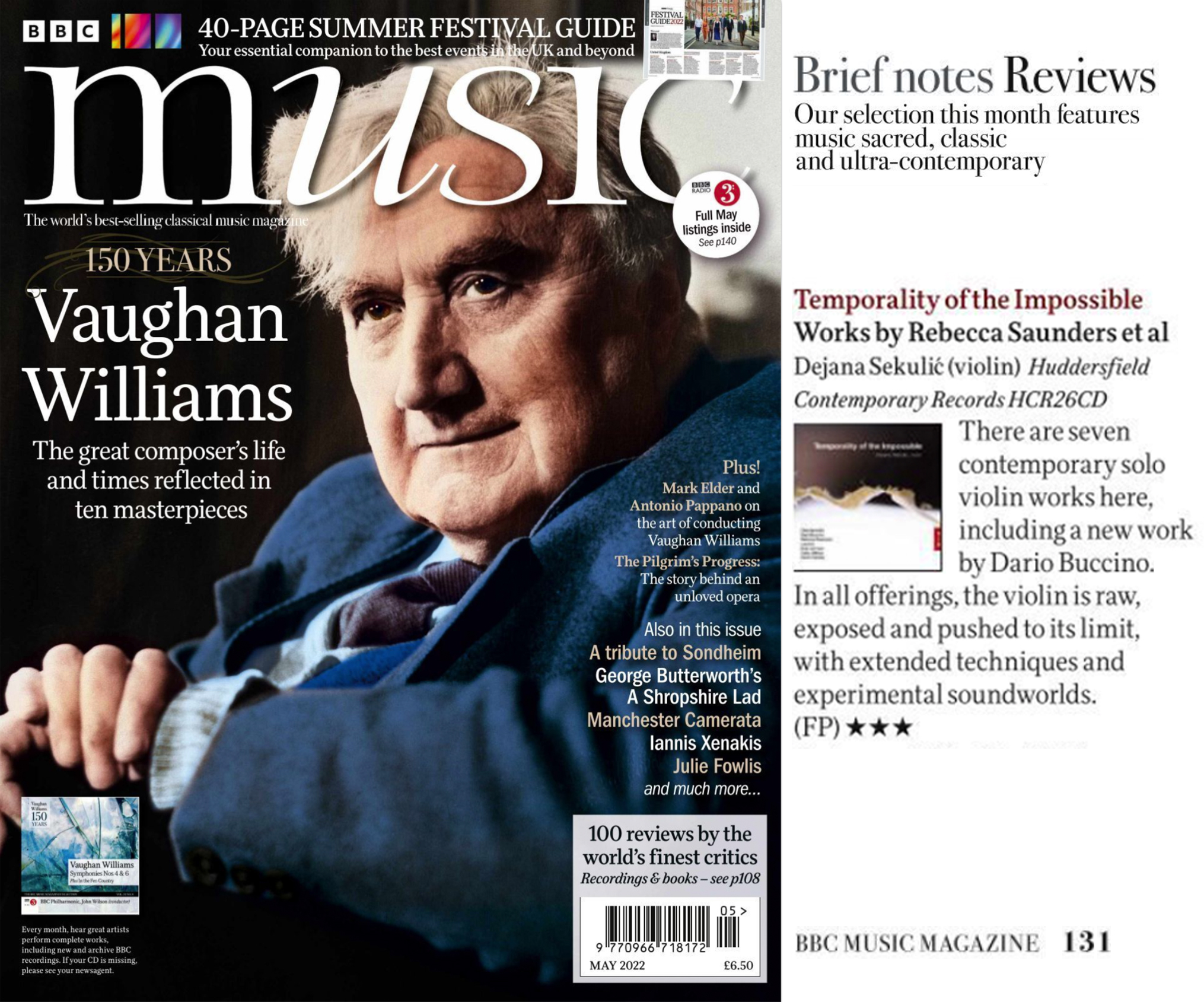